Following Tino Tereshko's advice (he is Big Data Lead at Google Cloud Office of CTO), I added the metrics for BigQuery standard SQL and re-calculated the data loading time (from Google Cloud Storage to BigQuery) following their recent optimizations.

With Joe Harris' help (he is a Redshift Database Engineer at AWS), I measured the performance of an optimized schema on both dc1.large and ds2.xlarge Redshift instances. The benchmark below has been updated with these new tests. 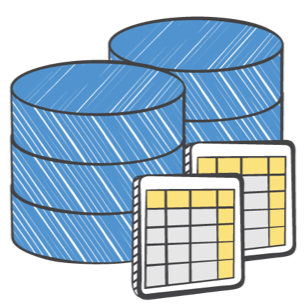 This article is a basic comparison on data loading and simple queries between Google BigQuery and Amazon Redshift and its cousin Athena. For this test we will be loading a CSV/Parquet file which is basically an enlarged version of the STAR Experiment star2002 dataset. The final file is close to 1Tb (997Gb). Some information regarding the dataset:

The above information may or may not be relevant in your use case. For the purpose of this test it was easier to load a large dataset from S3 / Google Cloud Storage but in most cases data will be streamed directly from an application. During my last round of tests with Redshift I split my CSV in 50 2GB files instead of using one 1TB file as shown above. It allowed Redshift to allocate the different files to different nodes and load them in parallel, which dramatically improved performance. (read more)

After loading the same exact dataset in each big datastore I have tested the query time of a few sample queries against each one. As expected and since none of the datastores were MongoDB, the number of rows and results were consistent across each datastore.

The fastest datastore has its query time highlighted in green. In the cases where 2 datastores have very similar query times (< .5s difference) they will be both highlighted.

BigQuery and Athena both cost $5/TB. Looking at the amount of data scanned, I was able to calculate approximately the cost of each query. Redshift charges hourly which makes it very difficult to compare. If you have a dataset with a linear growth and an expectable volume of data scanned per query you could calculate the point at which it would be cheaper to pay an hourly price versus a data scanned based price. I could have calculated this data here but it would have very little value since these queries and this dataset is probably very different from most usages.

A note about partitioning

For the tests above, the data was not partitioned. BigQuery, Redshift and Athena all support partitioning but it seems that it would defeat the purpose of trying to query a large file if the queries ended up hitting a much smaller subset of the file. However, it is likely that some datastores have better performance than others and I will do my best to write a new article about partition performance in the future.

Athena is a great solution to analyze large files in a variety of formats (CSV, Json, Nginx logs...) stored on Amazon S3. Using columnar storage like Parquet or ORC it ends up being a powerful and cost effective solution as well.

Redshift benefits from being the big datastore living in the AWS ecosystem. Since Redshift was created on top of PostgreSQL, a lot of the features and syntax is identical which greatly reduces the learning curve. BigQuery recently rolled out Standard SQL which brings the classic SQL syntax to BigQuery as well.

BigQuery also offers a Streaming API which allows you to ingest millions of rows per second for immediate real-time analysis. I found it extremely convenient to use.

Costs are hard to compare since the pricing model is different. If you query your data extensively and can assess efficiently your disk usage and data growth, Redshift will be cheaper. If you want the ability to store a lot of data for a low price and pay for your exact usage, BigQuery is a better solution.

A few links shared by the Amazon and Google teams: